Task 1: The graph below shows the unemployment rates in the US and Japan between March 1993 and March 1999. Write a short report for a university lecturer describing the information shown below. 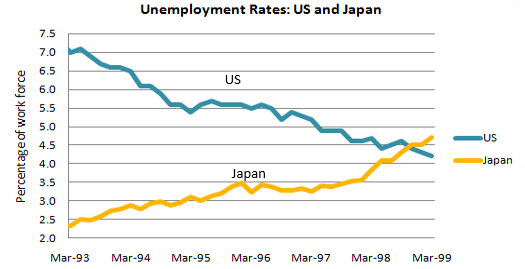 Task 2:Some people think that the government should take care of disadvantaged people such as the unemployed and homeless people. Do you agree or disagree?