Task 1: The plans below show a public park when it first opened in 1920 and the same park today. Summarise the information by selecting and reporting the main features, and make comparisons where relevant. 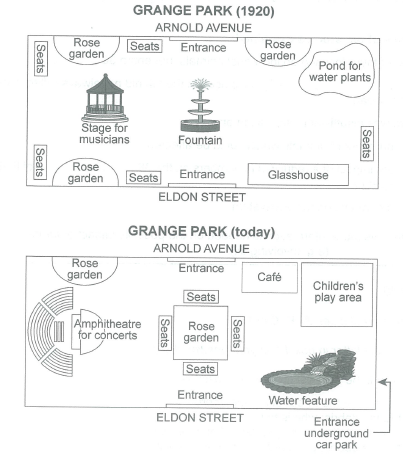 Task 2: Nowadays many people choose to be self-employed, rather than to work for a company or organisation.

What could be the disadvantages of being self-employed?

Give reasons for your answer and include any relevant examples from your own knowledge or experience.