Task 1: The chart shows students’ monthly expenditure in percentage over a three-year period in the United Kingdom.

Summarise the information by selecting and reporting the main features, and make comparisons where relevant. 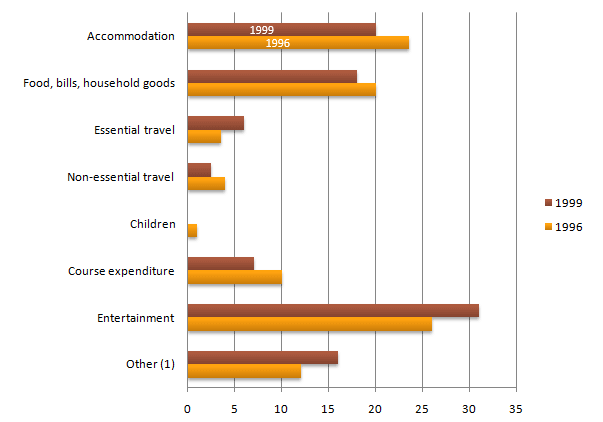 Task 2: Some people believe that robots are important for humans to develop their future, while others think that it is a dangerous invention that will impact society negatively. Discuss both sides and give your opinion.